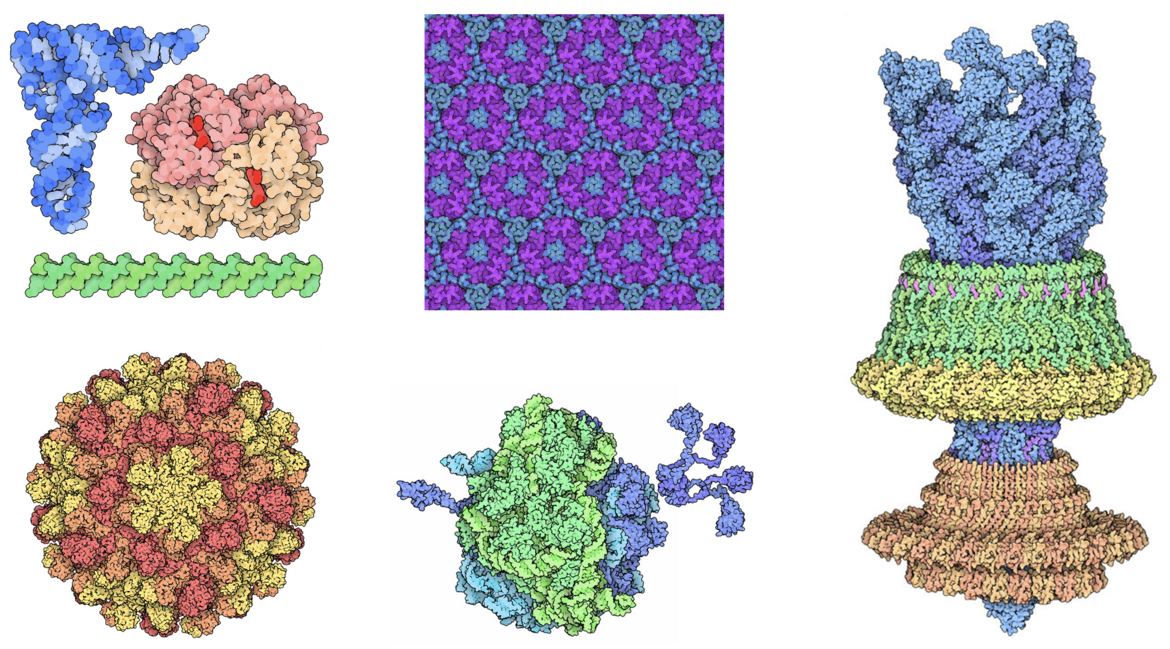 The October 2021 Molecule of the Month looked at highlights over the PDB's first five decades. Left: By the end of the 1970s, structures were available in the PDB archive for proteins, nucleic acids, and polysaccharides. Hemoglobin (red), tRNA (blue), and agarose (green) shown top; in the 1980s, the structure of tomato bushy stunt virus showed how 180 copies of a single type of protein could assemble into a spherical capsid with icosahedral symmetry (bottom). Center: The structure of bacteriorhodopsin was determined using electron crystallography from arrays of the protein in membranes (top, 1990s); Two structures are combined to give a view of an entire bacterial ribosome (bottom, 2000s). Right: CryoEM structure of portions of a bacterial flagellar motor (2010s).

Today, the PDB archive contains ~200,000 structures of proteins, nucleic acids, and complex assemblies that helps students and researchers understand all aspects of biomedicine and agriculture, from protein synthesis to health and disease. It is managed by the Worldwide PDB (wwPDB) organization that ensures that the PDB is freely and publicly available to the global community. 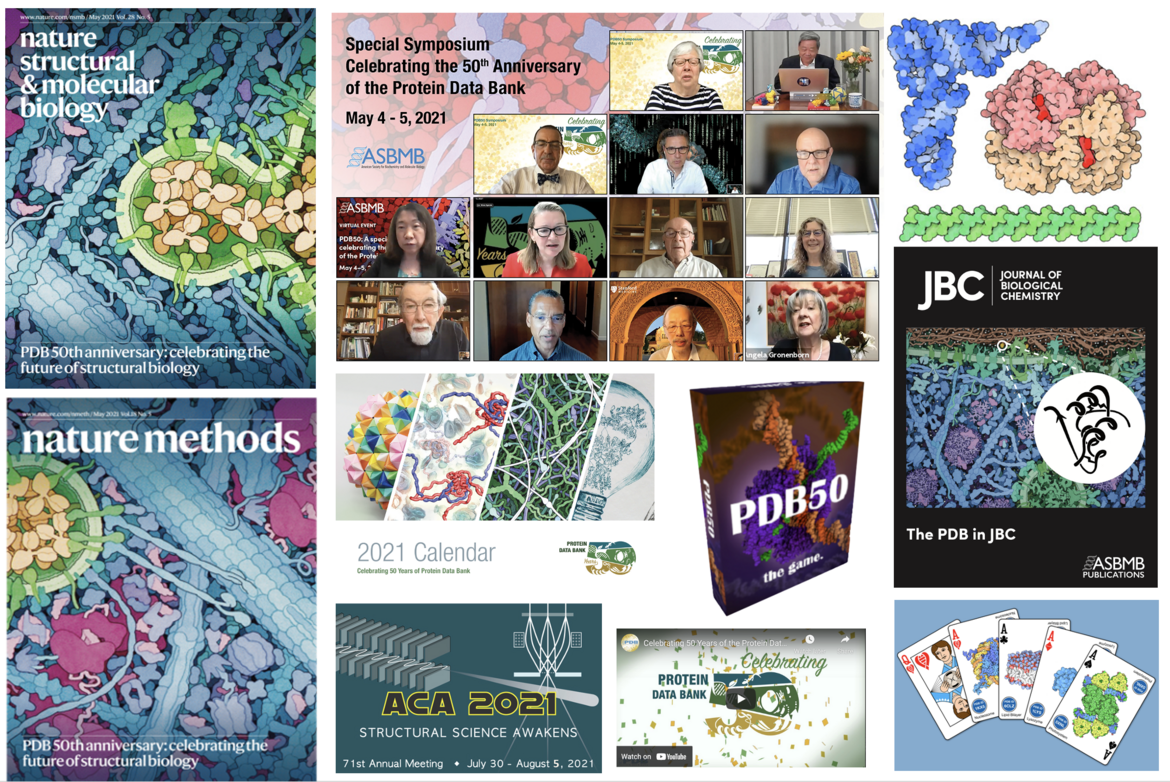 In 2021, wwPDB and RCSB PDB celebrated the 50th anniversary of the PDB archive with symposia, resources, and more. Visit https://wwpdb.org/pdb50 and https://rcsb.org/pdb50 to revisit the celebrations. An overview of PDB and RCSB PDB History is also available.

The PDB archive supports an international community of users

The PDB community of users includes biologists (in fields such as structural biology, biochemistry, genetics, pharmacology); other scientists (in fields such as bioinformatics, software developers for data analysis and visualization); students and educators (all levels); media writers, illustrators, textbook authors; and the general public.

RCSB PDB thanks all of our users for helping build and support the PDB archive.

Meet some of these community members in 50 Years of Community Building at RCSB.org.